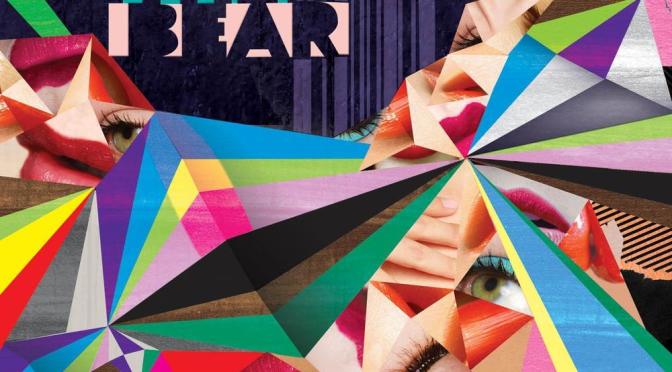 Imagine an intergalactic spaceship has crash landed in the middle of the House of Blues, and there in front of you are five out of this world dudes, emerging from the lights of their ship and the smoke of the crash, holding instruments and ready to rock out. At some point, one of them has to say “I will sing you the song of my people”, only it’s not an internet meme, it’s Minus the Bear.

That is how I can accurately describe the show that took place on Sunday. Lead singer Jake Snider barely revealed himself from the dense fog that clouded the stage before he started singing the first note of their first song. The lights behind the band created a surreal, warm halo of light that truly made me think the five musicians were some sort of rock-music spacemen. It was, for all intents and purposes, the perfect setting for the sounds of Minus the Bear.

Just as the band made their way to California, I got the chance to speak with keyboardist Alex Rose on the phone. In addition to spilling his love for partying at the Casbah, Rose spoke about the tour, the process behind their new album Infinity Overhead and the possible future of Minus the Bear on the top of the charts.

theIndie: Minus the Bear has done a great job at maturing your music while still staying true to your unique sound. How does the band approach recording when you’re in the studio?

Alex Rose: “There was this sort of idea where Omni was us getting out of our comfort zone and…taking a little detour, and Infinity Overhead was getting back to the natural progression, getting back to working with our ex-member and long time friend Matt Bayles.”

theIndie: You previously worked with Joe Chiccarelli on Omni in 2010. Any particular reason why the band went back with Matt Bayles for this album?

AR: “We’ve worked with him on many albums and are comfortable with him. We all had a great experience with Joe and we learned a lot, and Matt’s learned a lot over the past five years since Planet of Ice. I think it was helpful to have someone who understands all of our personalities, and we could just kind of hit the ground running.”

theIndie: How have you been enjoying the tour with Cursive?

AR: “When you go on tour you want to make sure you have some solid homies around! When you acquire all these friends all over the country and sometimes all over the world, it’s nice to say ‘hey, for these six or seven weeks, we’re going to be hanging out everyday’. It’s great.”

theIndie: Minus the Bear has a reputation for selling out Pomona shows. Are you excited about the reception there?

AR: “It’s always a blast to play there. In addition to doing an L.A. show, it’s always nice to play Pomona. I prefer packing out the smaller venue.”
theIndie: I’ve noticed that Minus the Bear tends to feature songs that balance between love and tragedy. Do you agree?

AR: “Definitely, especially the newer ones. I think you’re right on the newer stuff.”

theIndie: So the band must be taking lead singer Jake Snider’s lyrics into perspective when creating your songs?

AR: “You would think, but a lot of times we will do the music first. So I’m sure [Jake] takes the music into consideration when writing. On ‘Lonely Gun’ for instance, we hadn’t heard the vocals until we basically recorded the whole song, and it was interesting to see that come together last minute. The band’s been working this way for awhile, it’s kind of always been music first. It kind of happens from the music up.”

theIndie: How much of a hand did you have in creating the story and the video for your single ‘Steel and Blood’?

AR: “Steel and Blood is talking about the volatile nature of relationships, not necessarily physically but just sort of emotionally. The director, Dan Brown, kind of went with that. We had some input on the ending, there were different options, and we made the decision to leave it a little open ended.”

Minus the Bear’s official music video for ‘Steel and Blood’.

theIndie: Infinity Overhead hit #31 on the Billboard charts, and both this album and your last album performed well on the Indie charts. Would it be in your interests to dominate the major Billboard charts in the future?

AR: “We don’t have sales goals, I think we just want to reach as many people as we can. And keep making interesting music that excites us and hopefully our fans will come on the journey with us.”

Well, this fan will come along; bags packed, ready for the journey. Minus the Bear is currently on tour, making their way to a homecoming show in Seattle, Washington. For more tour dates, check out their official site.

2 thoughts on “Minus the Bear, add the House of Blues, equals one impressive show”