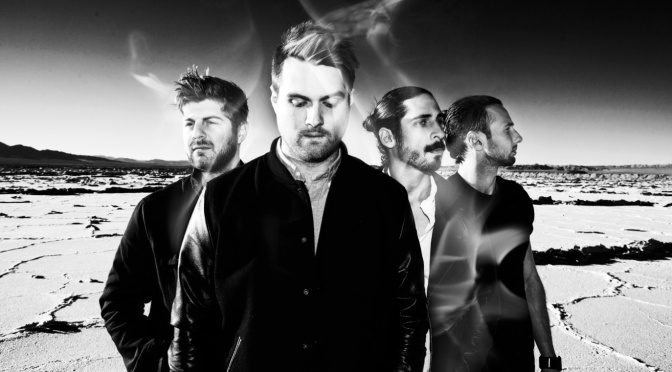 Alternative rockers Kiven are kicking up a storm in their home base of Los Angeles while also getting to know local musicians in various cities on the road. And their self-titled debut album is quickly becoming another flame in the fire of the recent rock revival. 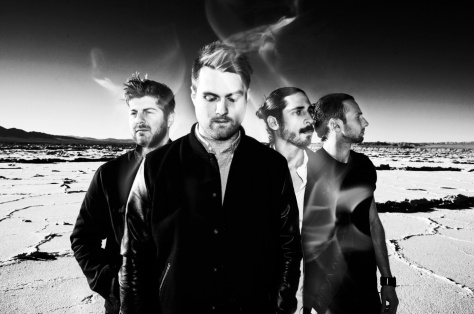 The world has a hunger for rock music again, and much like our rock god forefathers of guitar riffs and shredded strings, the musicians of today are taking an electric based music genre and fusing it with human emotion. LA based group Kiven is no exception to this rule.

They’ve woven a unique blend of searing vocals, jazz inspired guitar melodies, and a heavy hitting rhythm section that is symphonic at times, making their music a dynamic blend of rock ‘n roll, which can definitely be heard in their most recent release, “I Can Take It”.

Kiven’s self-titled debut album is the best of both worlds as it blends from all spectrums of the rock genre, and Kiven has fascinated their fans with songs that never settle for one side or the other; they are polished and yet edgy, smooth and yet riotous, delicate and yet wild.

But despite that revival feeling from the music fans across the globe, there are still modern hurdles in the music industry that are keeping some of the most talented musicians of our generation from being able to make these dreams a reality. A wise man once said “with great power comes great responsibility”, and the same could be said for the music industry leaders who get to control how musicians interact with their fans, and ultimately, get to control the way music is made.

In addition to being talented musicians, the guys behind Kiven are smart, and they’re ready to dive into the music industry full force.

We were lucky enough to chat with Kiven about their experiences on the road, their opinions on how the music industry can help musicians continue to create, and how they feel about the overwhelming support of their fans.

TheIndieSD.com: It’s so fun to hear more rock influenced projects gaining steam again! Do you feel like Kiven is a part of the “rock revival” that has happened within the industry lately?

It’s really exciting to hear you say that…. It does feels like our style of music is gaining a bit of popularity in the industry and I think we’re unintentionally a part of that revival. We’ve always made music that came from the right place and it’s been great to see a reversion to dynamic yet energetic music performed by musicians live in front of an audience.

I think that’s a very valid point. I’ve always been of the opinion that people will begin to miss the human element of music and more light will be shed to styles that encourage performance and musicianship. So many shows now are programmed and planned out down to the light show being syncopated to a click track running the sound you’re hearing coming off stage… and while that can be a crazy experience to witness, I think people are fiending for something real with mistakes and chances and the spur of the moment improvisation. There is certainly a place for simple, catchy, programmed music…. but it’s impossible to replicate the connection of a few people getting together and creating something unique.

I could talk about this for hours haha but the music industry is scrambling right now to hold on to income which is a big problem, but the bigger problem is the public outlook of music consumption. Everyone feels like music should be free, and that musicians make enough with shows, endorsements etc…. so they don’t feel remorse when downloading. Even with the subscription model, fans feel either justified or sometimes charitable for paying $40 a month to have infinite access to music with services like Spotify. The problem is it’s an extremely complex and difficult system to earn revenue so you find less artists taking chances and more artists and industry hitters replicating what has been successful in the past putting a hold on the advancement of creation. There are of course exceptions…. but that seems to be the general issue. I also don’t want this to sound like I’m complaining haha. Consumers, and streaming services are really doing their part to try and help the smaller independent artists and speaking from experience we’re extremely grateful for any love and support that enables us to create and practice what we love, there just needs to be a system developed that actually compensates artists for their efforts in a meaningful way so they can continue to create and further our culture.

TISD: There’s a diversity in your music that is one part rough rock n’ roll and one part sweet serenading, and I think it’s amazing to listen to. Tell me about some of your first musical influences?

First… thank you. And second our influences are very eclectic and I think thats a big contribution to our sound. Matt and I both come from heavier backgrounds and Jake and Danny come from more classic rock, jazz and blues. We’ve all grown our tastes and shared our influences over the years so I think our music is an amalgamation of all those different styles translated through what we’ve developed as our sound.

TISD: What is the songwriting process like with Kiven?

There’s no real set method when we’re writing. We like to mix it up to continue to challenge and push ourselves creatively. Most the time though it’s all done in the same room stemming from an idea or out of thin air. The main emphasis is collaboration and trying to ensure it really sounds like we’re playing together instead of a few dudes just jamming in a room.

TISD: Your fans are pretty amazing! How does it feel to have such support on the airwaves, especially in Los Angeles?

They truly are. We’ve had an unreal amount of support from the beginning and we’re so thankful for that. It feels like whenever we accomplish something that it’s a payoff for our supporters too as they see things grow and success start to become more regular. The radio support has been incredible. Growing up I listed to KROQ everyday so hearing my own song on the airwaves was quite an experience.

TISD: What has been your favorite part about interacting with your fans so far?

I think my favorite part is just feeling the connection a stranger can have with something I’ve created and is so personal. There’s commonality between us and our fans on so many levels, and really I just think it’s exciting to contribute to someone’s music library.

Haha I wish I had a better answer but I’ve never been very superstitious so I can’t really recall anything at the moment!

TISD: What was the first concert you ever attended? When did you have that first moment of realizing that music was the career for you?

I was really lucky, one of my first concerts was Santana. My dad growing up was always really into music and I think that joy rubbed off on me as I became older. I think one of my first of realizations that I wanted to be a musician was after watching He Is Legend at Chain Reaction. They had so much energy and I loved witnessing the connected energy between band and fans in such a setting. I wanted to do that… and that desire drove me to really work hard towards writing original music.

TISD: Your self-titled release is mesmerizing and a little dark and emotional at times. What are some of your influences for the darker themes on the album?

I’ve always found meaning in songs that really strive to tie into something deeper. When writing this album there was a ton of adjusting going on in my life, and I feel like those questions / struggles transcended onto the album both lyrically and musically. I tend to go into an introspective place when writing and really try to pack as much as myself into the lyrics while providing a landscape for listeners to insert their own thoughts, struggles and passions.

TISD: Being on tour for most of the summer, have you guys created any tour rituals or habits while on the road? Do you have anything you do to prepare for your shows?

Most definitely! Touring is a blast, but about as far as you can get from any typical sense of comfort. To counteract the ever changing landscape we’ve all developed warmups and rituals to help center us on the road. I like to go sing in slow motion in our van before each show haha. It puts me in a relaxed place while also providing a good warmup. Before every show though, we always turn around towards Jake and give each other a pound. I think it helps center everyone as a unit before we start performing. No matter the stresses before or after the show, that moment I think really sets us up to perform our best.

TISD: For many of your tour dates, you launched a “Call for Locals” campaign and invited local bands to play with you at select tour dates. I LOVE that idea and love that sense of community! How was that experience? What kind of bands and acts did you invite to join your tour stops?

It was rad! One of the best parts of touring is meeting people on the road. Having local bands support each show was great because you got a sense of the music scene in each location while meeting talented people with similar interests.

TISD: How influential has that “sense of community” among the music scenes here in Southern California been for Kiven?

Having a strong sense of community in a musical landscape is great. There are always so many shows of completely different styles you can check out and pull inspiration from. It’s a privilege to experience so many talented artists creating something original. I’d say it’s influenced us mostly by providing opportunities to continue to play and grow musically. Our style for the longest time was a bit taboo in the Los Angeles scene so I don’t think there is a direct correlation on our sound, but it’s been great to just be immersed in a community of creative people.

TISD: Your “Live at Eastwest Studios” sessions are amazing. It’s good to hear a band that sounds just as great live as they do recorded. Will there be a third installment? What can we expect in the future from that series?

Thank you! Those were a ton of fun to record. We actually recorded those early in the morning before the Superbowl haha. We have two more coming for the songs Falling Away and One By One. We feel at our best when playing live and always want to keep that a main focus in our approach towards music. Quick shout out to Will Anspach who engineered those tracks!

Make sure you follow Kiven at their official website for more news, because they have even more video releases and performances to come.